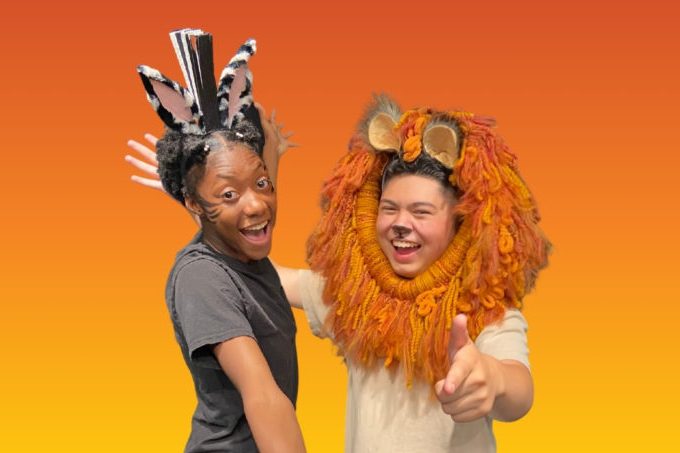 “How did it go?” The director watches a group of teenage actors sitting on the stage.

A gangly teenager who had galloped on stage like a zebra replies that she was glad it was a rehearsal and not a performance in front of an audience.

It’s week two of rehearsals – the first full tryout early last week – for “Madagascar” and director Dane Stauffer wants his cast to know it’s natural to be afraid of making mistakes in front of people. He also wants them to face this fear with intention.

â€œYou can use mindfulness and commitment to overcome fear,â€ Stauffer told the Young Actors at the SteppingStone Theater for Youth Summer Program, LEAP. The â€œcampâ€ works with teens in grades 7 to 12, with a stage performance at the end. This summer’s show, â€œDreamWorks Madagascar – A Musical Adventure JR,â€ opens July 27 outside the Park Square Theater on West Seventh Place in St. Paul. (SteppingStone and Park Square recently formed a downtown-based partnership.)

Longtime Twin Cities actor / singer Stauffer is in his fifth year with the program.

â€œIt’s not about giving orders,â€ he says during a rehearsal lunch break. â€œI share my experience.

Best known locally for his role as Roger Caldwell in the History Theater’s longtime musical “Glensheen”, Stauffer says he began his theatrical life as a child. (At a very young age, he played television commercials for his family.)

â€œI’ve been doing this since I was a kid, and still am. I love it and I love to share my love for it.

“Madagascar” is an appropriate story for SteppingStone and the young actors to direct. In the popular 2005 DreamWorks film “Madagascar,” a handful of animals decide to escape from the Central Park Zoo in New York City to try something new.

â€œAs the world unfolds and ventures into the gathering again, it is an honor to be part of a summer of renewal and re-emergence,â€ said Stauffer. “How fitting to share this story of the desire for freedom and the redemptive power of friendship and connection.”

“Madagascar” is the story of animal friends Marty the zebra, Alex the lion, Gloria the hippo and Melman the giraffe. The film has had two sequels, a spin-off featuring the penguins from the film and – of course – features the song “Move it, Move it” which sends toddlers to adults in dance mode.

“Madagascar JR” is a musical, with many more mobile numbers.

About half of the cast have participated in previous SteppingStone summer session productions. When Stauffer directed “Seussical” in 2016, Max Perdu (who plays Alex) was a little boy on the show. Now he’s growling, clawing, and frolicking with the other main characters.

All students in the summer program are in production. They audition for roles, which is also a â€œteachable moment,â€ Stauffer says. The actors not chosen for the lead roles are on the whole.

The set and costumes are minimal for the SteppingStone show. Without backstage outside, the audience sees between the stages. And without dark auditorium seats, the actors see the audience reaction.

â€œWe tell the story with our bodies and our voices,â€ says Stauffer.

Stauffer’s message to actors is not to fear being judged or rejected. When this happens: â€œWelcome to the human beingâ€.

He tells the young actors that as long as they recover from a lost line or missed signal, audiences also learn to deal with their fears.

â€œIf you make a mistake, continue. You just freed someone.

A graduate of St. Anthony High School, Stauffer was with the Children’s Theater Company of Minneapolis. He attended New York University and performed in the United States and abroad.

He performed in cabarets at the Ordway Center for the Performing Arts and played the role of Scrooge in “Dolly Parton’s Smokey Mountain Christmas Carol” in 2018. He was part of the original cast of the History Theater musical “Glensheen”, who debuted in 2015 and returned every summer until 2020, when he was also due to tour Minnesota (and hopes to do so next year).

According to his biography, Stauffer toured Ireland in “Triple Espresso”, won “Best Actor in a Comedy” LA Stage Scene for “All in the Timing” and “Best Actor in a Musical” Broadway World for ” Glensheen “. During his time in Los Angeles, he became a must-have singer at the House of Blues on the Sunset Strip, Cafe Was with Jeff Goldblum on the keys, Herb Alpert’s Vibe Room and Yoshi with Estaire Godinez and the LA Blues Festival.

He is scheduled to perform at the Crooners Lounge and Supper Club in Minneapolis on August 7 with musician Dan Chouinard, to celebrate “30 years of musical friendship”.

Stauffer is also working with a statewide online program that would create acting experiences for people 55 and older.