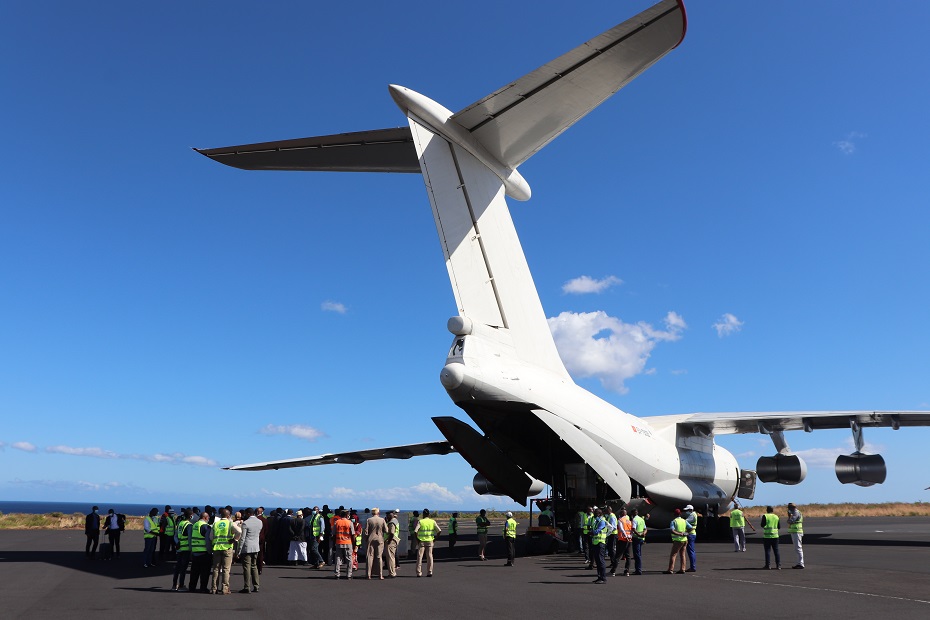 The United Arab Emirates sent a plane carrying 9 metric tons of medical supplies and 300,000 doses of the Covid-19 vaccine to the Union of the Comoros.

The plane was received at the airport in the Comorian capital, Moroni, by Azali Assoumani, president of the Union of the Comoros, and Saeed Al Maqbali, ambassador of the United Arab Emirates to the Comoros, the news agency reported on Wednesday. official WAM.

“This gesture is part of the UAE’s efforts to support the momentum of the Comoros government and medical sector in controlling the COVID-19 pandemic,” Al Maqbali said.

Besides the Comoros, the United Arab Emirates have also shipped vaccines to several other countries in recent months.

In May, the UAE Red Crescent (ERC) and Tamouh Healthcare Company launched a joint initiative to deliver Covid-19 vaccines to several countries. As part of the MoU, Tamouh will provide the vaccines that will be given to countries and target groups to fight the pandemic, in addition to vaccinating target groups in Abu Dhabi.