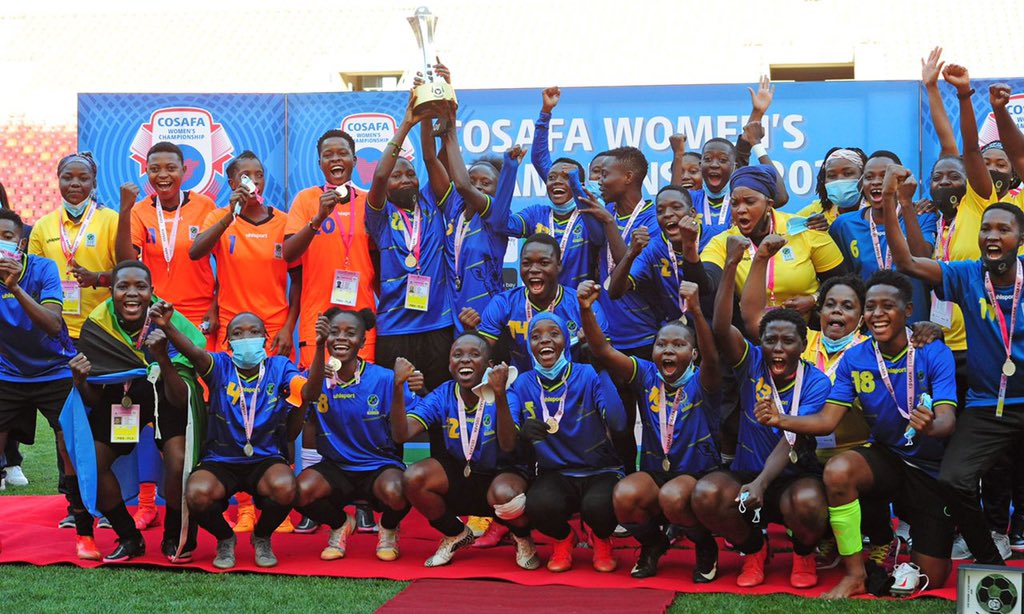 By The Citizen Reporter

Dar es Salaam. Tanzania’s women’s football team, the Twiga Stars, were crowned the winner of the 2021 COSAFA Championship after a 1-0 victory over Malawi in the final at Nelson Mandela Bay Stadium on Saturday.

It was heartbreaking for Malawi, who played their first final but fought to make an impact against a Tanzanian team organized under Bakari Shime.

The decisive moment in the decision came in the 64th minute when Enekia Lunamila followed a long-range shot that was knocked down and turned into an empty net.

It was everything Tanzania deserved, they controlled much of the game and won the trophy having conceded only one goal in the five games they played.

Zambia won the bronze medal and ensured that South Africa would leave the competition empty-handed for the first time in its history.

Their third-place game ended 1-1, with the Copper Queens showing greater courage in the penalty shootout that followed to win 4-3.
Ochumba Lubandji gave Zambia the lead midway through the first half with her fourth goal of the competition, but tournament top scorer Sibulele Holweni took her tally to five as she tied at 14 minutes of the end.

Zambia won their fourth bronze medal with a silver medal won in 2019 when they were beaten by South Africa in the final.

South African Sibulele Holweni (five goals) was the top scorer for the second year in a row after her eight goals in 2020 helped her team win the title. Zambia won the Fair Play award.

Jafo: these will be Tanzania’s priorities at COP26

Barrick’s operations in Tanzania on track