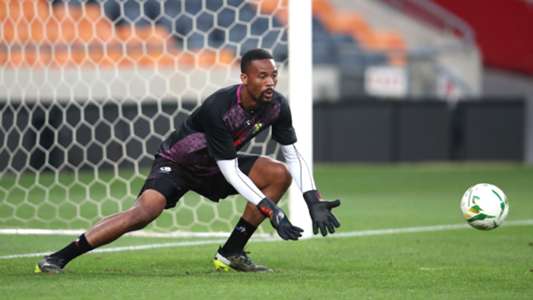 South African goalkeeper Veli Mothwa has admitted it would be a huge responsibility for him to become the country’s captain in the Cosafa competition, but he is ready to do his best for the team.

The AmaZulu goalkeeper has had a good PSL season, keeping 11 clean sheets in 22 games, and will be one of the key players for Bafana Bafana. The goalkeeper concedes that many will be watching him to see how he helps the team perform.

“When the going is a little tough you have to get involved and help the players you play with. Carry the nation as captain, people watch what you do.”

The majority of Bafana Bafana’s members are still young and the 30-year-old has expressed his opinion on the impact this could have on the team.

“I can’t speak for the other players. But when I see young players who want to achieve their goals and are thirsty for success, I think that is the future of South Africa in football. The coach said the national team is for everyone, ”continued Mothwa.

Hosts are in Group A with Eswatini, Lesotho and Botswana. They will begin their campaign against the Zebras in Nelson Mandela Bay on Tuesday.

July 6: Group A: Eswatini vs Lesotho and South Africa vs Botswana

July 7: Group B: Madagascar vs Malawi and Zambia

July 8: Group C: Mozambique vs Zimbabwe and Senegal vs Namibia

July 9: Group A: Lesotho vs Botswana and South Africa vs Eswatini

July 10: Group B: Malawi vs Comoros and Madagascar vs Zambia

July 11: Group C: Zimbabwe vs Namibia and Mozambique vs Senegal

July 13: Group B: Comoros vs Madagascar and Zambia vs Malawi

July 13: Group A: Botswana vs Eswatini and South Africa vs Lesotho

July 14: Group C: Namibia vs Mozambique and Senegal vs Zimbabwe