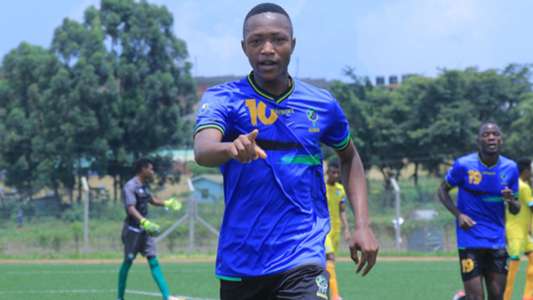 The 18-year-old striker joined the Belgian squad on a three-year contract and became the second Tanzanian to be associated with the club. John revealed that Taifa Stars captain Samatta wished him a good stay in Europe, but stressed the need for hard work.

“We believe in your abilities and work hard in whatever you do and you are guaranteed to be successful,” Samatta’s post said, according to John in an interview with Mwanaspoti.

“I have been well received at the club and I have not been called Kelvin but I have always been called Samatta Junior. They have confidence that I will do a good job, probably better than Samatta.

“My life revolves around football and that is why I fight hard to be successful in this field and what I can only ask God for is to help me avoid the difficulties that come with playing.”

The striker added that Genk is just a path to more success in his career: “Genk is just a path that I am looking to explore as I set myself bigger football dreams and I am happy that my age allows me to dream big and I hope success is in my path if only I can avoid the challenges that come from off the pitch. I am happy to have fulfilled the dream of being a footballer and I hope that many doors will open, ”he added.

“There is no player who would just like to play in Tanzania, everyone is always looking forward to an opening and playing professional football that pays well. That is why I am fighting, hoping not to succumb to challenges because I believe in my dream of playing at the highest level possible is achievable.

“A striker is an important player on the pitch, but any other player can score. My goal in every game is always to score or provide an assist and if I don’t either I always have felt like I did not do my team justice with the 90 minutes allotted to me. “

John rose to prominence after his impressive outing for the Serengeti Boys in the 2017 U17 Africa Cup of Nations before being promoted to the senior squad by Nigerian coach Emmanuel Amunike.