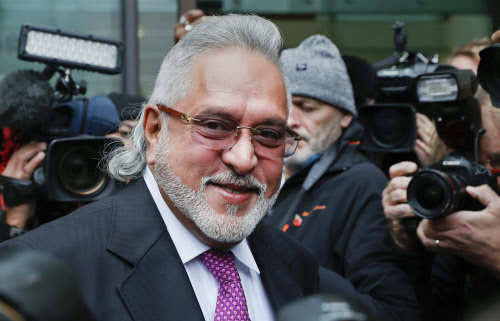 The Netflix documentary “Bad Boy Billionaires” chronicled the lives and scandals of Vijay Mallya, Nirav Modi and Subrata Roy. The three businessmen had political contacts or illegal means of accessing thousands of crore in bank financing. Imagine what would have happened if Mallya, Modi and Roy had been allowed to own banks. They would have asked their own banks to lend not thousands but hundreds of thousands of crore to their own failed and crooked businesses, concentrating ever more political and financial power in a few questionable hands. In the end, these banks and companies would have gone bankrupt, millions of depositors would have faced the loss of their savings, and the government would therefore have spent thousands of crore of taxpayer money to save them.

Scandalous? Of course. Yet that is exactly what will be made possible by the ridiculous recommendations of a Reserve Bank of India committee to allow big industrial houses to own banks, thus reversing the policy of decades. There is an inherent conflict of interest between lenders and borrowers. Lenders want to make sure that their loans are legitimate, safe and secure. Borrowers seek loans through fair or unfair means. A borrower who owns a bank can gamble with the savings of millions of depositors. To avoid this conflict of interest, manufacturers and bankers must remain separate.

This is why many countries, including the United States, prohibit large industries from owning banks. This would anchor a conflict of interest at the heart of their financial system. Apparently, the RBI committee is looking for ways to expand the banking system. The ratio of bank credit to GDP in India is barely 50% compared to 175% in China and nearly 200% in the United States. But even at this low ratio, Indian banks are grappling with huge bad debts, now exacerbated by Covid. It’s not just because of crooked loans: legitimate loans also go wrong if borrowers encounter unforeseen obstacles, which are common in business.

The Indian public sector banking culture has long reeked of political and commercial influence, with huge loans to privileged friends. The situation in private sector banks is better, but still marked by poor governance, as shown by Yes Bank and ICICI Bank. India has several large non-bank financial corporations (NBFCs), two of which have gone bankrupt in spectacular fashion: IL&FS and Dewan Housing. India’s financial system has yet to recover from loans that went bad after the 2008 financial crisis despite massive government bailouts. Indeed, several public sector banks were placed under “quick corrective action”, a euphemism to say that their performance was so miserable and twisted that they could not be trusted to grant further industrial loans.

The answer is not to allow big industries to open banks. Big industries are not sure owners: business history is littered with big names that have collapsed. Vijay Mallya is a prime example of a leading businessman with a perfectly legitimate business at Kingfisher Airlines that went bankrupt. The RBI committee believes that strict rules and oversight can ensure that a bank owned by a large sethji won’t lend to its connected businesses. In practice, this is impossible. Will employees of a sethji really refuse loans to industries or friends of sethji for technical reasons? Bad Boy Billionaires shows how massive loans are being diverted to dubious people even without their own banks.

India has a good track record of non-industrial companies turning into banks. HDFC Bank has been called the best bank in the world. All major NBFCs can be allowed to become banks, provided they have no connection with the industry.

Many microfinance institutions that started out small have grown to big, such as Bandhan Bank. Others like Ujjivan and Equitas have converted into small financial banks, subject to credit limits. Some NBFCs and microfinance institutions may prefer not to become banks, but dozens will come forward if allowed. India has no shortage of non-industrial applicants with good loan records to open banks.

Critics of the RBI committee include the most respected economists such as Raghuram Rajan, former governor of the RBI; Arvind Subramanian and Shankar Acharya, former chief economic advisers; Vijay Kelkar, former finance secretary; and Viral Acharya, former deputy governor of the RBI. Ignoring them all and giving in to the big industrialists would be a scandal of immense proportions. To protect his reputation for honesty, Narendra Modi should avoid a policy tailored to cronyism.

The opinions expressed above are those of the author.