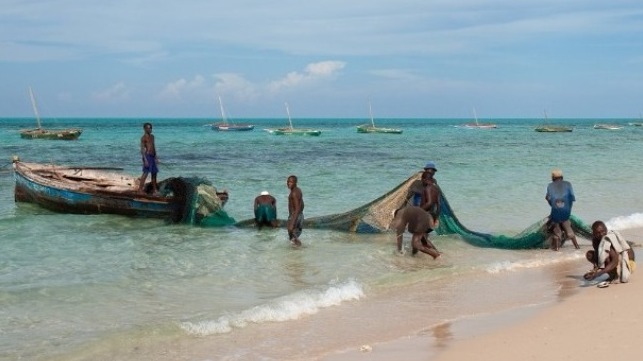 Last Thursday, the World Trade Organization (WTO) brought together trade ministers from around the world to deliberate on new rules to reduce government subsidies to the fishing industry. These subsidies are blamed for declining fish stocks around the world, threatening the livelihoods of artisanal fishermen as well as the destruction of fragile ocean ecosystems.

Although trade negotiations on fish subsidies are an effective way to curb the destruction of marine ecosystems, marine protected areas are becoming a dominant strategy in ocean conservation, especially in low-income countries. In fact, in a place like Africa where people depend heavily on natural resources, their protection is paramount in reducing poverty.

This is what inspired the Nairobi Convention. It is a partnership of ten countries of the Western Indian Ocean (WIO) with programs domiciled within the UNEP (United Nations Environment Program), and it aims to orient actions towards coastal environments and healthy sailors. The region, which stretches from Somalia in the north and South Africa in the south, is home to 244 million people. Its combined economic value is estimated at around $ 20 billion per year. In addition, three of the 64 Large Marine Ecosystems (LMEs) in the world, classified by the University of Rhode Island and NOAA – the Somali Current LME, the Agulha Current, and the Arabian Sea LME – are found within the wider WIO border. Together, LMEs are responsible for 95 percent of the productivity of the world’s oceans. This immense wealth is the reason why the countries of the WIO are overworked in the creation of marine protected areas.

MPAs are generally small in size, consisting of a median area of ​​less than five square kilometers. In addition, the vast majority of them are found near the coast, which means that deep-water habitats are severely under-represented.

So far, WIO countries have declared 143 MPAs – an area covering 550,000 square kilometers, representing seven percent of the total area of ​​exclusive economic zones (EEZs) of all coastal states in the region. About 63 percent of this overall size has been placed under protection since the adoption of the United Nations Sustainable Development Goals in 2015.

For example, in 2019, the Seychelles placed 30% of their EEZ under protection, protecting the habitats of 2,600 species. South Africa declared 20 new MPAs in the same year. Supported by the Seychelles Marine Space Plan and South Africa’s ‘Operation Phakisa’, which form the larger framework of the blue economy, the two countries have balanced the economic exploitation of ocean resources with the need for conservation. . Although both countries have managed to exceed the 10 percent target for EEZ protection, regionally only seven percent are under protection.

The report also details the evolution of the creation of MPAs with Madagascar, pioneer of an innovative approach called Locally Managed Marine Areas (LMMA). This allows coastal communities to work with government and other stakeholders to protect coastal resources. This is a big step forward in conservation management promoting the inclusion of indigenous coastal communities. One of these initiatives is the MIHARI Network, which includes 196 community associations and NGOs and manages 14,000 square kilometers of marine areas around the Malagasy coast. Its efforts increase the lobbying of local communities at the government level and promise to fight coastal poverty.

One of the main highlights of the report is that since the turn of this century, the objectives of MPAs have evolved from an initial focus on the conservation of coastal fish stocks, as areas strictly closed to fishing, coverage of much larger offshore areas, with various zoning schemes that allow multiple uses.

Meanwhile, despite the remarkable progress made so far in protecting coastal and marine habitats in the WIO region, multiple challenges abound. Many MPAs in the region lack the human resources, skills, equipment and institutional commitment to fulfill their functions. They are also suffering from a severe drop in conservation funding, a situation that has been made even worse by COVID-19. The lockdown measures have affected income from tourism, on which MPAs in the WIO region depend to finance their operations.

The opinions expressed here are those of the author and not necessarily those of The Maritime Executive.