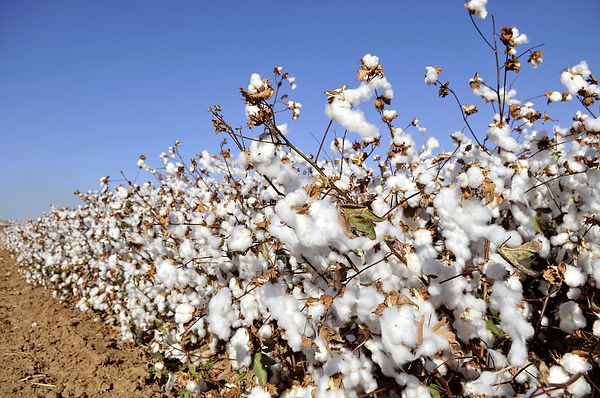 A complaint against an IFC project highlights the opaque financial systems that underpin Uzbekistan’s cotton industry.

A complaint filed last week by a victim of forced labor and three advocates against the International Finance Corporation (IFC), contains the usual accusations: Uzbekistan’s cotton harvest includes the systemic use of forced labor and loans from IFC (IFC is a member of the World Bank Group which specifically engages in private sector investment) are used to support this system.

There have been consistent reports of forced labor practices in Uzbekistan, reflected more recently by the country’s degradation in the US State Department’s 2016 Trafficking in Persons Report. Activists claim that the IFC and the World Bank are inadvertently supporting such practices by investing in Uzbekistan’s cotton industry.

Beyond the issue of human rights, the complaint highlights the opaque financial systems that surround the cotton sector. By focusing on a single project, the details of exactly how the Uzbek government is running the industry on multiple levels become clearer.

The complaint was filed on June 30 with the Compliance Advisor Ombudsman – an independent redress mechanism that handles complaints about the impact of projects by IFC and MIGA (the Multilateral Investment Guarantee Agency, another member World Bank Group) – to request an investigation into a $ 40 million case. Loan from IFC to Indorama Kokand Textile. The complaint alleges that the IFC loan, which is part of a plan to expand IKT’s manufacturing operations in Uzbekistan, takes advantage of forced labor.

IKT is referred to as a “major producer of cotton yarn” in IFC project documents, and the loan, approved by the World Bank Board of Directors in December 2015, is intended to help the company expand its business. manufacturing capacity in Uzbekistan. IKT, a joint venture between Indorama, a subsidiary of Indorama Corporation, a Jakarta-based fiber and filament holding company, and the National Bank of Uzbekistan. Indorama is the majority shareholder. IKT was established in 2011 and Indorama claims that the advantage of locating in Uzbekistan is “the natural advantage of sourcing raw cotton fiber at a competitive price from domestic sources”.

As the complaint indicates, Indorama has benefited from favorable policies, such as deferred tax benefits, VAT refunds, export price discounts and the free state provision of certain facilities. But there are also significant restrictions, which, according to the complaint, make it difficult to obtain loans for the company and impossible for IKT to operate without using the cotton harvested by forced labor. To begin with, “Indorama is required by the Uzbek government to hold its stake in IKT in Uzbekistan.”

Under government regulations, Indorama is required to maintain a “reserve” on its investment in IKT in the amount of US $ 10,403,000, which “represents the difference between the value of the investment made by [Indorama] in IKT and the value of the paid-up capital of IKT. As a result, Indorama cannot use its assets as collateral to obtain credit from a private lending institution and must instead seek credit from IFC, which is able to provide loans on high risk investments.

Learn about the story of the week and develop stories to watch from across Asia-Pacific.

Then, Indorama is forced to seek authorization from the Uzbek government to repay its IFC loans because the country “prohibits the exchange and transfer of currencies to banks outside the country”.

Beyond the financial tangles – which definitely bind a private sector company to the good graces of the Uzbek government – lies the supply chain.

As Uzbekistan does not import cotton, all cotton processed into yarn by IKT must come from the country itself. The state imposes annual production quotas on farmers, maintains a monopoly not only on the purchase of cotton but on input industries (seeds, fertilizers, equipment, etc.), channels cotton to ginning factories owned by the State (from which IKT sources) and channeling all the profits of the industry from cotton to an extra-budgetary account, the Selkhozfond. The murky system keeps farmers in place, preventing them from growing more profitable crops or seeking higher prices, while diverting income to a black box. For the World Band and the IFC, whose primary mission is to eradicate poverty and boost private industry, respectively, Uzbekistan is an extremely difficult case.