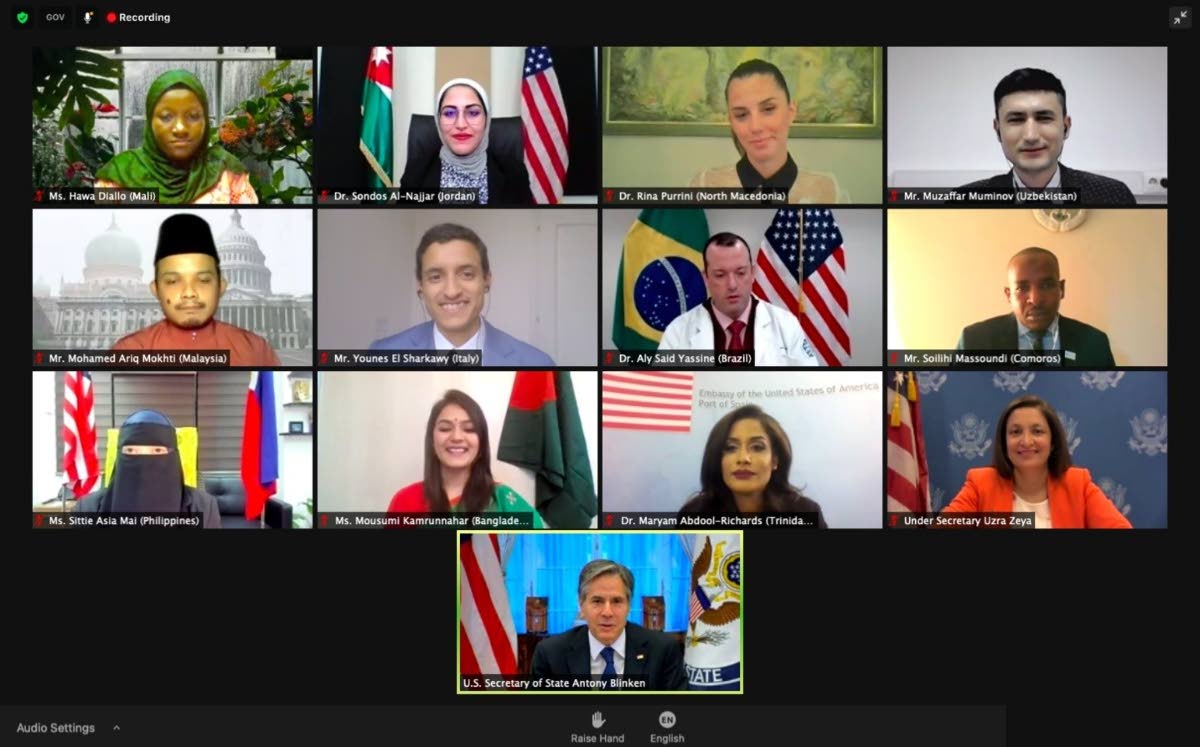 On Tuesday, the institutions’ chief medical officer, Dr Maryam Abdool-Richards, met with US Secretary of State Anthony Blinken to discuss the role of healthcare workers in the global response to covid19.

A US Embassy press release said Abdool-Richards was one of 12 frontline Muslim workers who virtually met Blinken in commemoration of Eid al-Adha.

The statement said: “The secretary stressed that their selfless efforts to ensure the public good during a time of terrible loss and suffering were a clear and vibrant manifestation of the recent festive spirit of Eid al-Adha.”

The statement added, “The meeting highlighted the embodiment by participants of the universal values ​​of selflessness and compassion in the service of improving the lives of others.

“Since the start of the pandemic, Dr Abdool-Richards has been a member of the executive management team of the Ministry of Health responsible for the management of the parallel health system. “

He stressed that this includes keeping the population informed of covid19 developments through regular briefings organized by the government.

Abdool-Richards was one of only two participants in the meeting, from the Western Hemisphere. The other participants came from Bangladesh, Brazil, Comoros, Italy, Jordan, Malaysia, Mali, North Macedonia, Philippines, Tunisia and Uzbekistan.

During the meeting, Blinken stressed the importance of the United States’ engagement with the world government and civil society partners to keep people safe during the pandemic.

The celebration of Eid-al-Adha began on July 19 and ended on July 23. It honors the will of the prophet Ibrahim (Abraham) to sacrifice his son the prophet Ismail (Ishmael) for God.